The CCHS is proud to announce that it has received a $2000 grant to publish its English translation of the Andrew Peterson diaries. This grant has been awarded by the Swedish Council of America.  The expected time for publication is 9 to 12 months.

This grant was pursued as result of numerous requests to purchase copies of the translated diary and to make the diaries more accessible to the public.  The diaries are being translated by Mathilda Fromentine a native of Sweden, who recently completed her studies at the U of M. Due to the use of Swenglish, a combination of old Swedish and English by Peterson, other sources will also be consulted to ensure accuracy.

Minnesota House approves a $250,000 grant to CCHS for Farm restoration work. Now, onto the Senate.

As the north barn moves closer to completion, the CCHS has been looking at how to fund the work on the other farm buildings. Following the Historic Structure Report we will begin a three year capitol fundraising campaign per the agreement with the Jeffris Family Foundation. They will give us $1 for every $2 we raise, and will donate up to $1M. In our discussion with them, they recommended finding a large donor for 1/3 of the total amount needed to be raised. Funds need to be received or committed to, but cannot be used until the end of the fund drive.

Most of us can’t or don’t know anyone who can give away $250,000.  Enter Representative Jim Nash.  Representative Nash offered to sponsor a bill to help fund the restoration of the farm buildings.  The bill he wrote was for $750,000 and was co-sponsored by Representative Joe Hoppe.  I was called down to testify before the Legacy committee.  One of the questions asked, was why we weren’t going though the traditional grant process.  The answer is quite simple.  Grants need to be completed within one  year.  The campaign was three years, making any grant not eligible for matching funds, remember we can’t spend funds until the campaign ends. Grants are also not a guaranteed source of income. If we were to include potential grant funds in our goal, and the grant was not approved we would lose ALL the Jeffris donation funds, since we missed the fund goal.  The campaign will begin this summer and end the summer of 2020.

Please contact your Senators and tell them you support Bill 1351 for the CCHS and the Historic Andrew Peterson Farmstead.  All funds must and will be used to restore the buildings as agreed to per Legacy and the Jeffris Family Foundation.

In early 2017, the CCHS received a grant from Minnesota Valley Electric Cooperative’s Operation Round-Up, for $2200. The money was used to  purchase of a 2017 Cub Cadet XT1 54” deck lawn tractor for use at the Historic Andrew Peterson Farmstead. The tractor was purchased from Waconia UFC Farm Supply. Thank you to both organizations for their support! 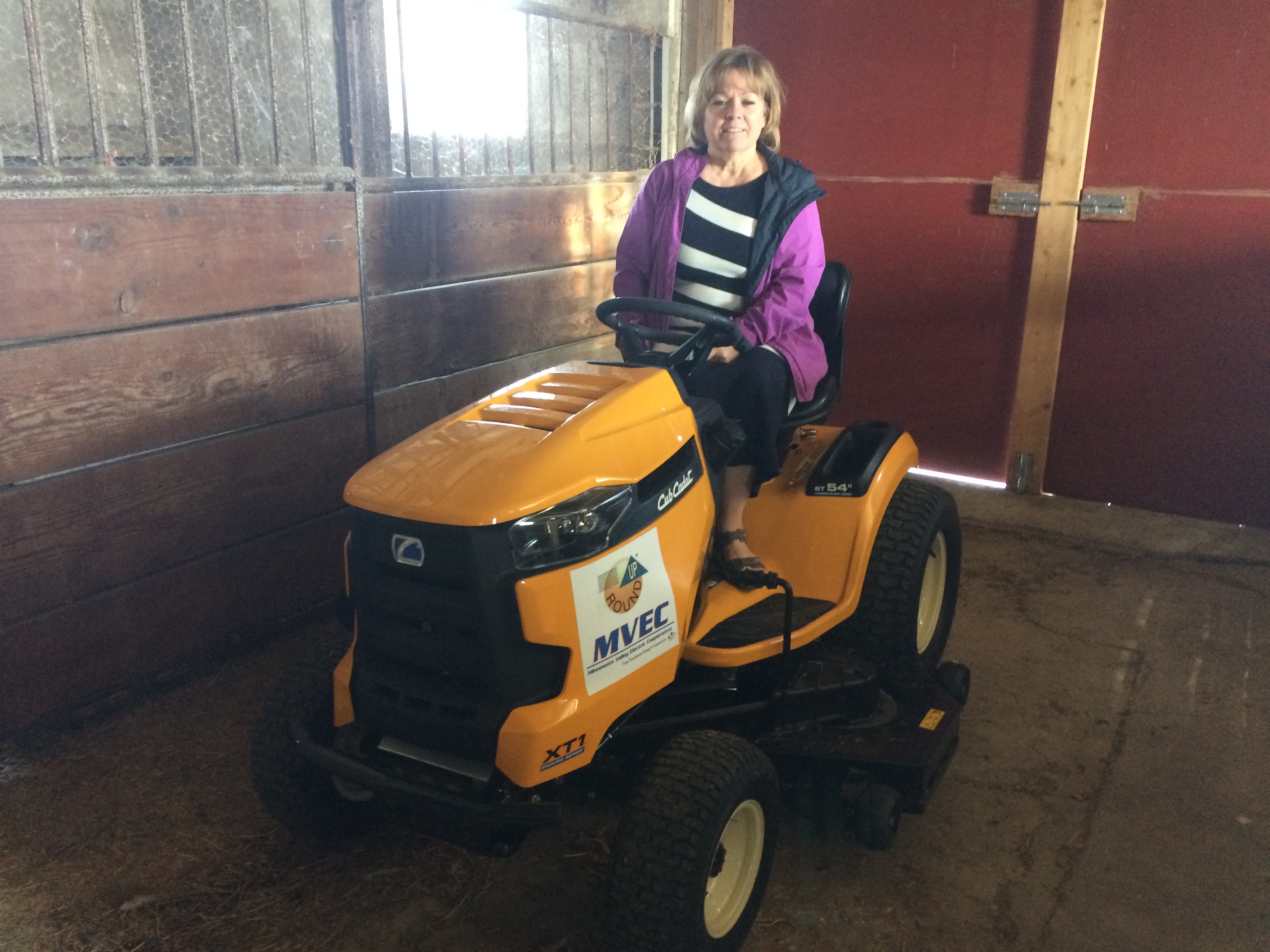 MacDonald & Mack is nearing completion of the inspection of the Peterson Farmstead’s house.  We have learned that the house is log at its core and that the color of the house was originally a blue grey.  As the property nears the 80% report completion stage, the document will be sent to the Jeffris Family Foundation for inspection.  It will also be sent to the State Historic Preservation Office for their review.  The document will be come the CCHS’s primary source for future conservation/restoration work.